Home Sport Croatia’s No.1 wheelchair tennis player seeks help to get to 2020 Paralympics...

3 March 2019 – Croatia’s best-ever ranked wheelchair tennis player, 29-year-old Anto Joskić, is hoping to fulfil his dream next year and play at the Paralympics.

To qualify for the 2020 Paralympics in Tokyo, Anto needs to be ranked inside the top 40 on the world ranking list by June, 2020. He is currently ranked No.53 in the world, the highest in history for a Croatian player.

In order to jump up the rankings and eventually make it inside the top 40, Anto needs to accumulate ranking points and play in over 20 tournaments over the next 16 months.

The sport institutions in Croatia supporting Anto can only finance half the tournaments he requires to play so to try and raise money for his dream, he has launched a crowdfunding campaign on the Go Get Funding platform. Currently he has raised just over 22% of his €7,000 target.

Anto hopes to realise his dream

“To achieve this, I need your help, because I don’t have sponsors to help me to finance going to tournaments, for coaches and a sport wheelchair,” Anto said.

Anto has been in great form and if he collects the wins he needs to get to Tokyo, he will be the first Croatian wheelchair tennis player ever to play at the Paralympics.

Anto needs to jump 13 places in the rankings

Anto has been in a wheelchair since he was 5 years old after he was hit in the neck by shrapnel during the war and left a paraplegic. He first started playing wheelchair tennis at the age of 13 and has been dominant in Croatia.

He bas been Croatian champion five times and has represented Croatia at a number of world cup events. He has won 7 international ITF tournaments in doubles. 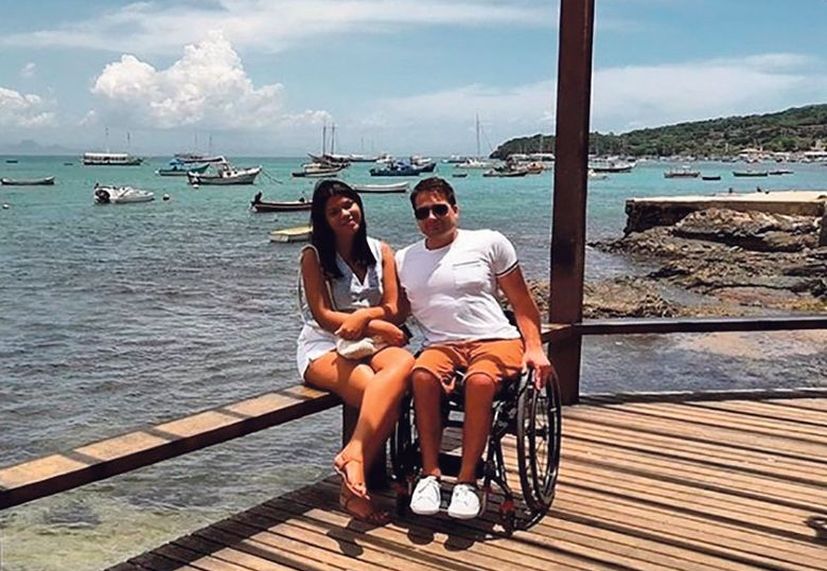 Anto with his wife Emilly

One of his biggest supports is his wife Emily, who is from Brazil. The couple met in Zagreb when Emilly was an exchange student.

Wheelchair tennis is played at Grand Slams and has been one of the sports contested at the Summer Paralympics since 1992.

You can check out Anto’s crowdfunding campaign and pledge support on the following link – https://gogetfunding.com/anto-joskic-road-to-tokyo/

You need to enable JavaScript to vote